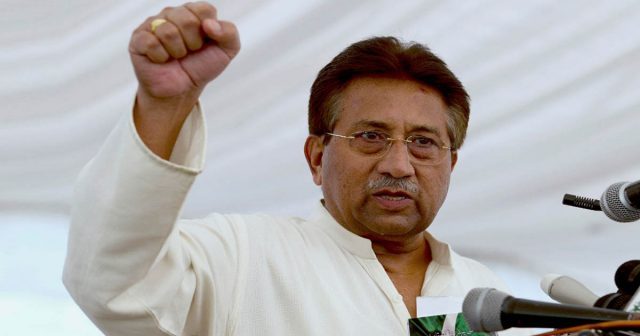 News
Home - News - Detailed verdict: ‘Musharraf’ corpse be dragged to the D-Chowk and be hanged for 3 days

Detailed verdict: ‘Musharraf’ corpse be dragged to the D-Chowk and be hanged for 3 days

The special court issues a detailed verdict on the high treason case against Musharraf. The detailed decision has been drafted by Justice Waqar Ahmed Seth spanning 169 pages. The decision wrote that if Musharraf found dead then his corpse be dragged to the D-Chowk, Islamabad and be hanged for three days.

“We direct the law enforcement agencies” wrote in the detailed verdict “to strive their level best to apprehend the fugitive/convict and to ensure that the punishment is inflicted as per law and if found dead, his corpse be dragged to the D-Chowk, Islamabad, Pakistan and be hanged for 03 days.”

The special court, in its detailed verdict which is written by Justice Seth, stated that Musharraf “has been afforded more than his due share of fair trial” and “given every opportunity to defend himself”.

“The facts of the case are well documented” and “clearly demonstrate the guilt on the part of the accused”. The court further said.

The decision reads ““We, with the majority of 2 as to 1, allow the complaint and hold the accused guilty of high treason as defined at Article 6 of the Constitution and pass punishment under section 2 High Treason (Punishment) Act, 1973. Thus, the convict be hanged by his neck till he is dead,”

The judge observed that aiders and abettors of the guilty has not been prosecuted by the Federal government. “The then Corps Commanders Committee,” the judgement reads about the aiders and abettors “in addition to all uniformed officers who were guarding him each and every time, with boots on, are equally and full involved in the act and deeds of the accused person.”

He observed that ‘high treason’ has not been defined in the constitution. The court relied on the definition of the words.

The note reads “In the offence under Article 6 of the Constitution, the charging word is ‘high treason’, therefore, without properly appreciating what does it mean, this Court cannot pass a just and fair verdict,”

The court process delayed many times. Later, Musharraf had been allowed to leave the country on medical grounds in 2016 during PML-N government. The former maintained that he will return to his home country. But since then he never came, moreover his health condition is deteriorating day by day.