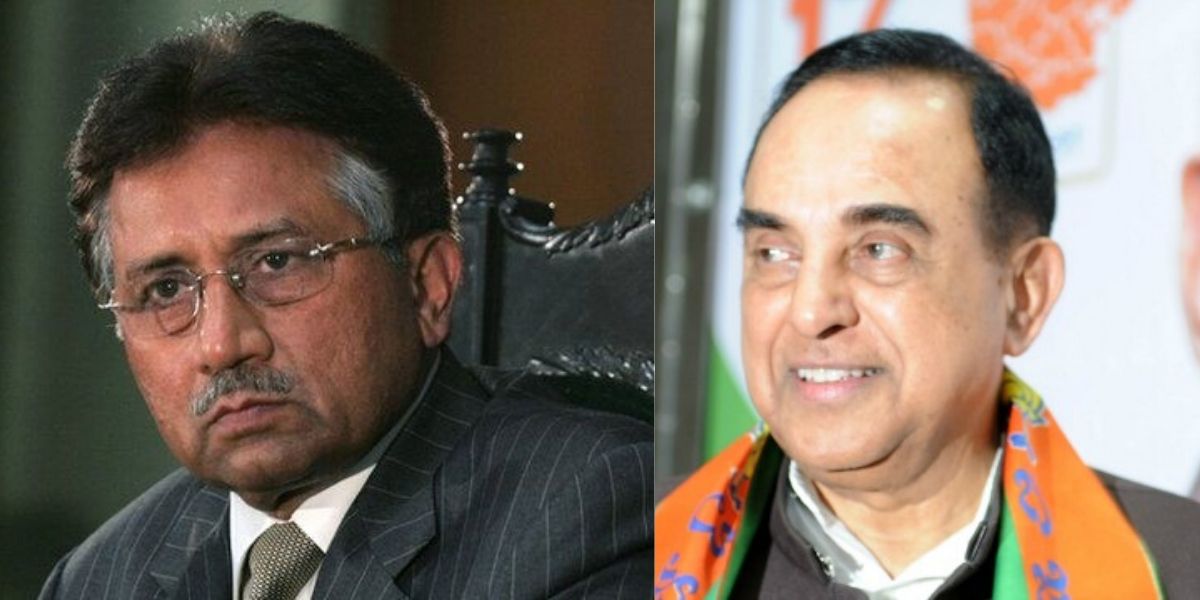 The death sentence of Musharraf has made global headlines. Now interestedly, it took a new turn, when the ruling Indian party BJP’s leader Subramanian Swamy offered Musharraf with Indian Citizenship.

While taking a dig at former President’s sentence he tweeted, “We can give Musharraf fast track citizenship since he is from Daryaganj and suffering persecution. All self—acknowledged descendants of Hindus are qualified in a new CAA [Citizenship Amendment Act] to come,”

Daryaganj is the birthplace of the Pervaiz Musharraf.

There’s nothing new in Swamy’s remarks, the BJP MP is known for his disparaging remarks against Pakistan and Muslims in India. His typical Ideology and xenophobic mindset – the testament of which can be seen on his personal handle – is the clear example of Hindutva. Also, time to time, he likes to demonstrate and preach his bigoted ideas on every forum including Indian Parliament.

He once said that Islam would challenge Hinduism to complete “unfinished business” after the takeover. He also predicted that the Taliban will take over Pakistan by 2012.

He had hinted to extend the Indian citizenship to the former President under the controversial ‘citizenship bill’ when the whole world is condemning the Indian blatant act. The bill aims to scrub Muslims of citizenship rights, but largely is an act to make a statement against Muslims by the BJP.

Musharraf, on multiple occasions, slammed Indian fascist mindset on various Indian news channels. Indians, after the court decision seems to be rejoicing over the Musharraf’s conviction.

Last week, widespread protests had erupted all across India over the newly passed ‘Citizenship Amendment Act’ that provides citizenship to Hindus, Sikhs, Buddhists, Jains, Parsis and Christians who faced religious persecution from Pakistan, Bangladesh, and Afghanistan and arrived before December 31, 2014. Interestingly, they brushed Muslims from the list.