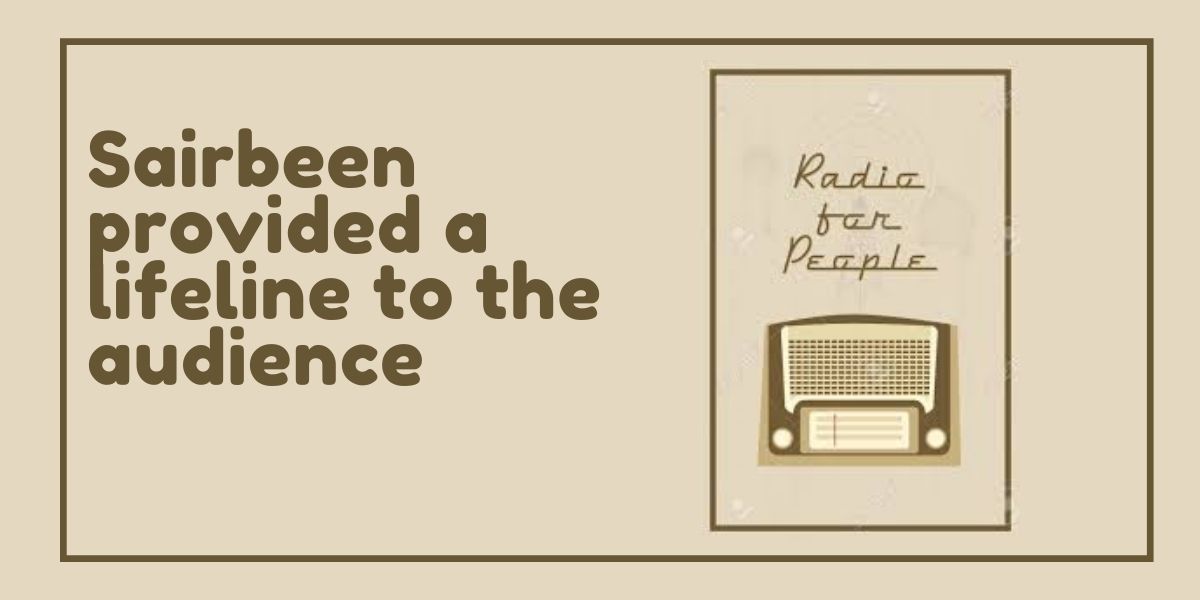 World
Home - World - Sairbeen provided a lifeline to the audience

Sairbeen provided a lifeline to the audience

Around 8 pm in Pakistan, half an hour later in occupied Kashmir and at 7 pm in the United Arab Emirates listeners would tune in to the familiar voices of Athar Ali, Viqar Ahmad, Raza Ali Abidi, and Asaf Jilani-accomplished broadcasters and journalists of BBC Urdu’s flagship radio program about current affairs. A program that has been on its peak for the past 51 years but unfortunately will not see the dawn of New Years.

The output of these broadcasting giants and their colleagues ensured credibility. They lived by the oath of speaking the truth and nothing but the truth for which they were loved and admired by listeners all over the subcontinent.

Sairbeen provided a lifeline to the audience, through the years of dictatorship and censorship in Pakistan. Its current affairs content was carefully compiled to meet their needs.

They knew their audience was committed and so from events in 1970-71 when people in West Pakistan were told all was well in the eastern wing, to the coup in 1999, Sairbeen did their duty to satisfy the needs of some 20 million people tuning in each week.

With the Soviets marching into Afghanistan in 1979, Rahimullah Yousufzai was to become the go-to man for any information on what was happening as Pakistan- and CIA-trained and Saudi-funded ‘mujahideen’ took the battle to the Red Army. His voice became synonymous with credible reports on the landlocked, strife-torn country.

A former head of the BBC Urdu Service shared his personal experience. “When we went on air on Oct 12, 1999, Gen Pervez Musharraf had been sacked as the army chief and by the time we concluded the program an hour later, Musharraf was the country’s new ruler. Journalism does not get any more exciting and challenging.”

Journalism is voicing out an opinion that someone else doesn’t want to be voiced as everything else is just public relations. The broadcasters of Sairbeen know their voice is heard and believed in. And so they do their duty with pride and nobility.

On New Year’s Eve, the voice of Sairbeen will fade away in the cheers and wishes for 2020.

“Goodbye, my friend it’s hard to die when all the birds are singing in the sky…….”

Ring In a Loud New Year with the HUAWEI Y9 Family