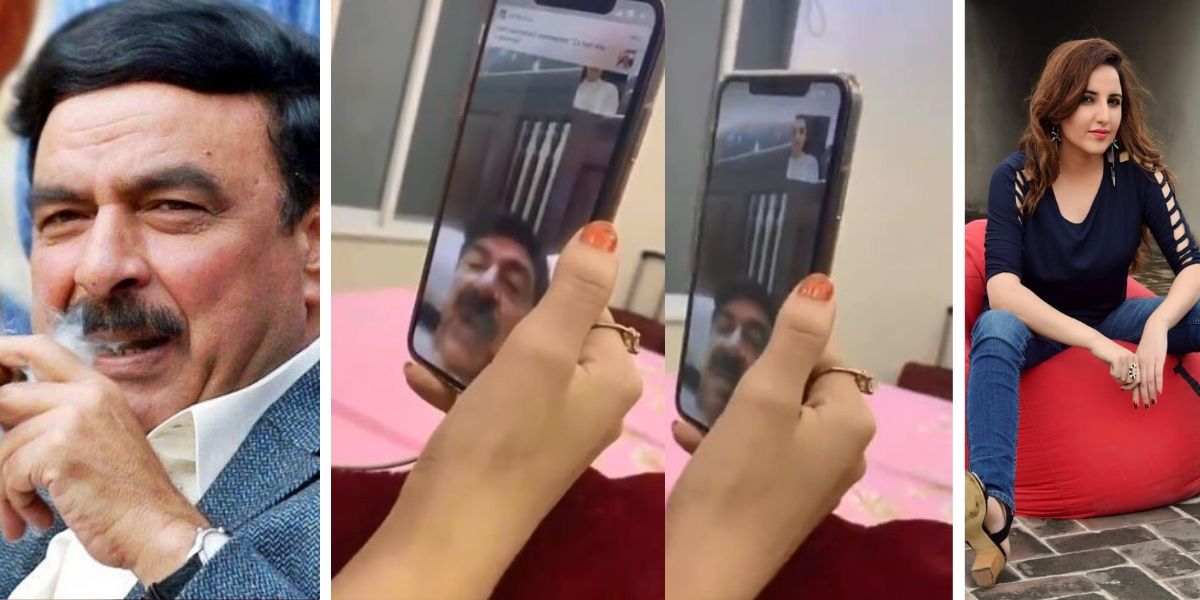 Sheikh Rasheed Ahmed, the MNA from Rawalpindi and Minister, always considers himself a pure ‘pindi boy’. He is also famous for his political ‘predictions’ about his opponents. His – everyday –  jibes against Bilawal Bhutto Zardari keeps him warm and fresh.

Seemingly, now his videos with Hareem Shah on the other side is going viral. Harem with her friend Sundal Khattak has been seen making video of live chat with the Minister.

There is no clarity regarding the source of the videos, and to the question of how they got viral. Allegedly, people are assuming that ‘Tik Tok celebrities made them viral to stay in the news. One rumor is that they sold the phone, after which, the videos went viral.

A video clip showed that Sheikh Rasheed talking to Sundal Khatak, Sheikh Rasheed was heard saying that her niece had died and he wants to go to attend her funeral. Also, he would be back to talk to her on the next day.

This is not the first time that she (Hareem Shah) made headlines. Earlier, she became part of the controversy when her Tik Tok video went viral kicking the doors of the Foreign office and roaming around sensitive offices in the building. People on social media went fuming after seeing that video and termed it disrespecting and abuse of public office.

“We never disclosed your (Sheikh Rasheed’s) secrets ever before then why are  you not talking to us. We never even disclosed it to anyone that you used to be “na___d” in live video calls with us,” Tik Tok girls were heard saying while talking to the Minister in the clip