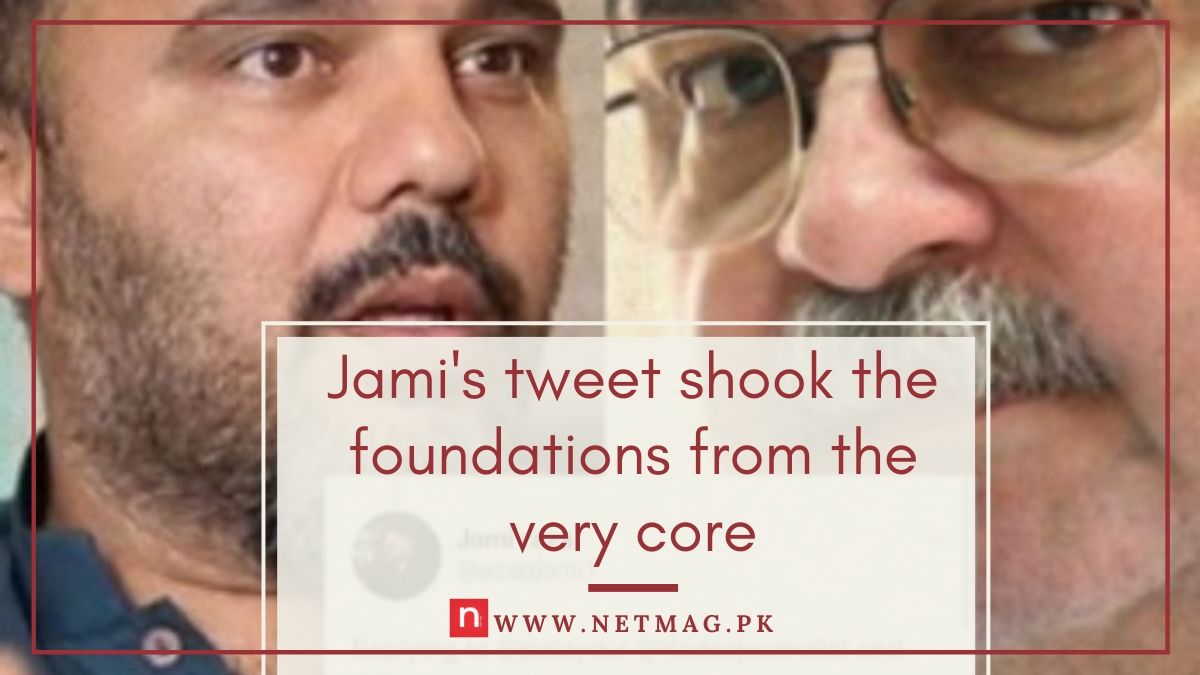 Jami’s tweet shook the foundations from the very core

When a tweet can shake the foundations from the very core. News of child rape and gang rapes of women by men have now become a part of almost every day breaking news but once in awhile you get to hear a piece of news that tells a tale from the perspective of the masculine side of the gender “MAN”.

A well-known filmmaker Jamshed Mahmood Raza, popularly known as Jami, created a commotion over social media when he took to Twitter to share a harrowing account of being allegedly raped by a “media tycoon.” Jami spoke about the cruel incident that took place 13 years back in Karachi, at the home of the alleged perpetrator.

Speculations of who the rapist was, were in the air but no one dared to speak up.

“On my buddies from the TV commercial industry — not a single one privately or overtly came out in support. The Gang, the guy gang all vanished. Make-up artists, the directors, the producers, wardrobe icons no one. Only a few who believe in truth came out like Maheen Khan and Mehreen Jabbar,” he lamented.

Must Read : Pakistani cinema in 2019, from best to worst

A mute spectator becomes part and parcel of the crime.When society accepts such horrendous acts of injustice, it dies a slow death.

Earlier, Jami had given a detailed account of the horror he went through on Twitter. He wrote, “Why I am so strongly supporting #metoo ? cuz i know exactly how it happens now, inside a room then outside courts inside courts and how a survivor hides confides cuz i was brutally raped by a very powerful person in our media world. A Giant actually. and yes I am taller than him but. (sic)”

In another Tweet Jami lashed out saying “system shut down… or I couldn’t believe WTF is going on. I told my few close friends but no one took it seriously. I told them so many times with the name of this tycoon but as if i’m a joker or something. YES high end friends top end friends in media didn’t do anything.”

He also revealed that he had to undergo therapy. He wrote, “I spent 6 or so months in agha khan with a therapist and the usual pills zanax or some s**t screwed my head and then i left pk for few months to reboot. (sic)”

“I won’t give up. U few powerful protecting rapists by not touching the story no matter what is an accomplice. U all r  part of the circle which is protecting him by not speaking out and now even mocking victims I heard by saying there is no name.” #metoo

For verification purposes,reliable sources have confirmed via text that @azadjami1 was indeed his account and shared screenshots of the tweet which alleges Dawn’s CEO Hameed Haroon to be the rapist.

“This Tweet has gone down in History and the absence of a reply is History.”

Well, Jami hasn’t put on a mask, he’s there out in the open, ready to take on the abuse and what comes with it. No one knows what tomorrow will bring, the news will get spicier and spicier till it starts to fade out. Or history will be made and justice will be served. All we can do is wait.

A call of cry from a raped victim “I just want to sleep. A coma would be nice. Or amnesia. Anything, just to get rid of this, these thoughts, whispers in my mind. Did he rape my head, too?”