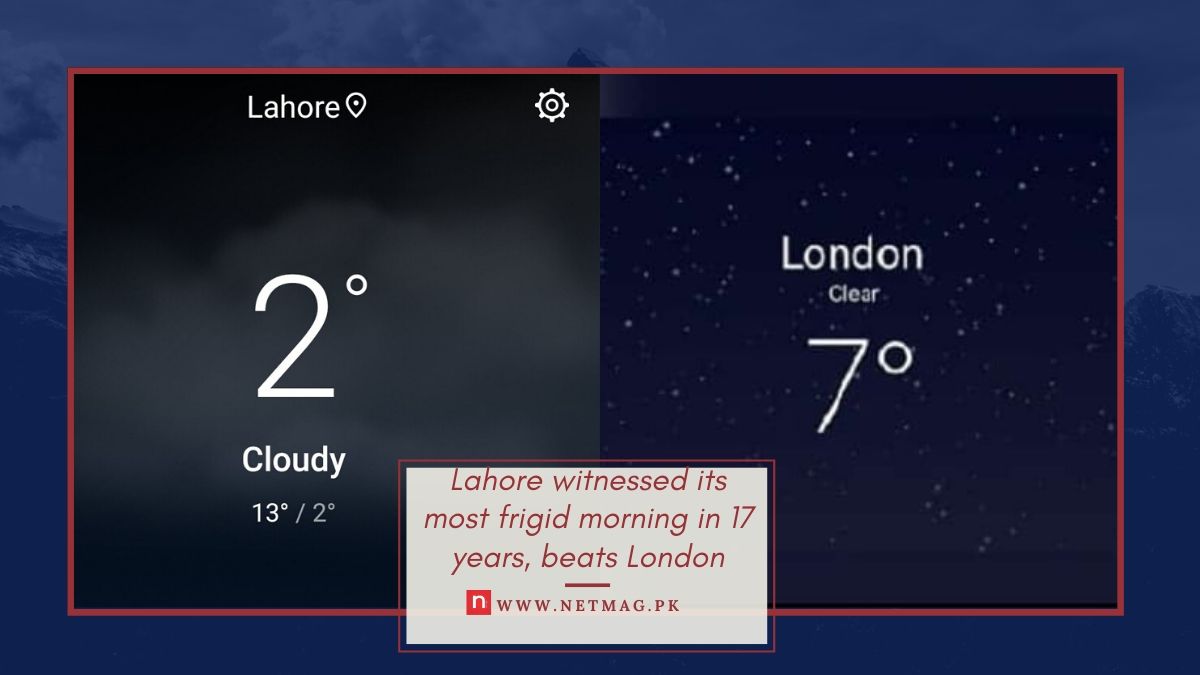 Lahore witnessed its most frigid morning in 17 years, beats London

Twitteratis went online to compare the Lahore temperature with London, the British capital, which were falling behind in terms of low temperature.

Pakistan Meteorological Department (PMD) information data on weather forecast and temperature showed low and trembling temperatures across the country. The temperatures recorded in different cities were 1°C in Attock and Dera Ghazi Khan, 2° C in Lahore, Murree, Rawalpindi, Multan, Chakwal and Bahawalpur, 3°C in Jhelum and 4°C in Sahiwal, Faisalabad and Sargodha.

Meanwhile, PMD predicted that current wintry wave would extend till mid-January. And temperature will remain low in Lahore.

“Although climate change has some impact on weather patterns, there is nothing unusual. The coldest winter spell is witnessed from mid-December to mid-January every year,” he added.

Following the cold wave, New Delhi, India’s capital is also witnessing its most frigid spell in almost a century. The temperature dropped to 9.4° C.

However, Islamabad-Lahore and Lahore-Multan Motorways were closed due to dense fog and near zero visibility. Moreover, Several flights had been suspended.