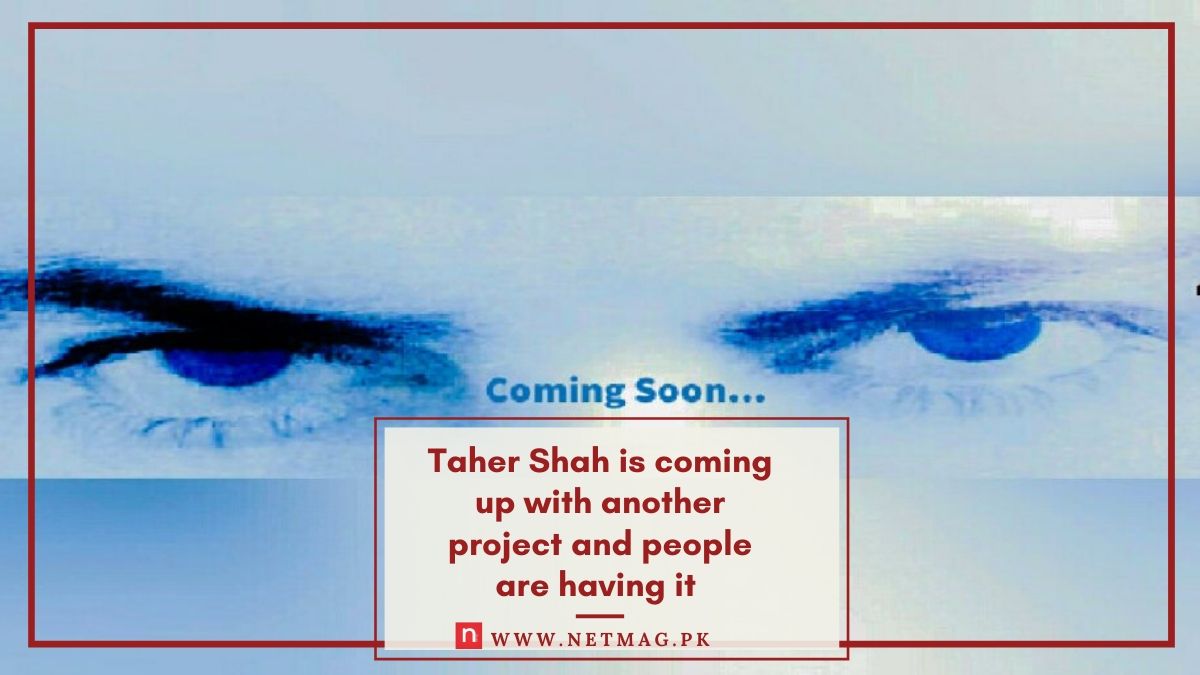 The infamous singer Taher Shah is coming up with something new. He tweeted a poster, most probably of his next ‘music’ video. His upcoming project is expected to be released soon. Taher Shah achieved the heights of fame after releasing his music video ‘eye to eye’ which took social media by storm for all the wrong reasons.

The ‘Angel’ singer teased his fans with a picture of his eyes while saying “coming soon”. Following the announcement on Twitter, people are having every bit it in reply section.

Earlier, Taher Shah also reveals on twitter that his song, a second music video Angel has won an APEX Award 2017. APEX Award is a short film and music video festival held in the United States every year.

Must Read : Hareem Shah comes up to unfold the mystery behind the viral videos

Shah debuted with his song ‘eye to eye’ which went viral on social media. The singer got abuse and threats from all over. He was mocked and grilled for his music video and singing effort.

Later, he comes up with his second project ‘Angle’, which got him roasted again. His music video made waves not only in Pakistan, but it went viral internationally, especially across the border. Consequently, he left Karachi after the outcry and death threats he received.

It now seems that history is going to repeat itself, as Taher Shah is most probably coming up with another music video. All ‘eyes’ are on him, now people are wondering as what does he have for them in his store of wonders.