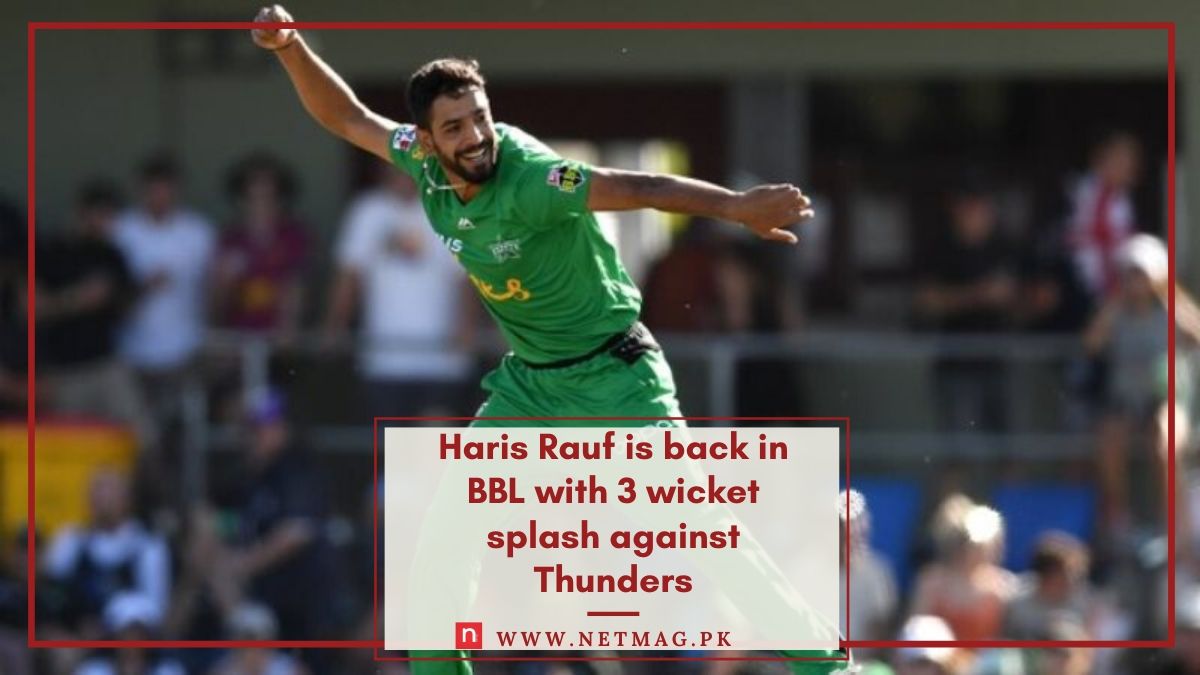 Haris Rauf is back in Big Bash League (BBL) with three wickets. Earlier, the 25 years old returned to the Melbourne Stars squad after the injury of Nepali leg spinner Sandeep Lamichhane.

Following his dismissal from the squad, Dale Steyn ‘felt’ for the fast bowler. He expressed great wishes for him and said, “I feel for him. He was amazing and bowled so well. He has bowled absolute wheels. I have pretty big shoes to fill in some sense,”.

“What a player and well done to him. I don’t know what his plans are but he can hang around and learn a little bit more and hopefully take his game from strength to strength,” he further added while talking to the hosts panel of BBL.

After the return, Rauf in his ongoing first game against Sydney Thunders, he just took three decisive wickets to restrict them to 7-142. He finished 3-24. Rauf removed captain Callum Ferguson (13) cheaply in his innings. Later, he bowled Alex Ross and Daniel Sams.

Haris Rauf gave his side an edge in the game. Stars have to get to the 143 to win the game. In his oppeining spell Maxwell, with his off-spin bowling stikes early. He sent home dangerous Alex Hales and ales and Usman Khawaja in his first two overs. Maxwell took 2-17.

Here’s a look at the contesting team’s squad.