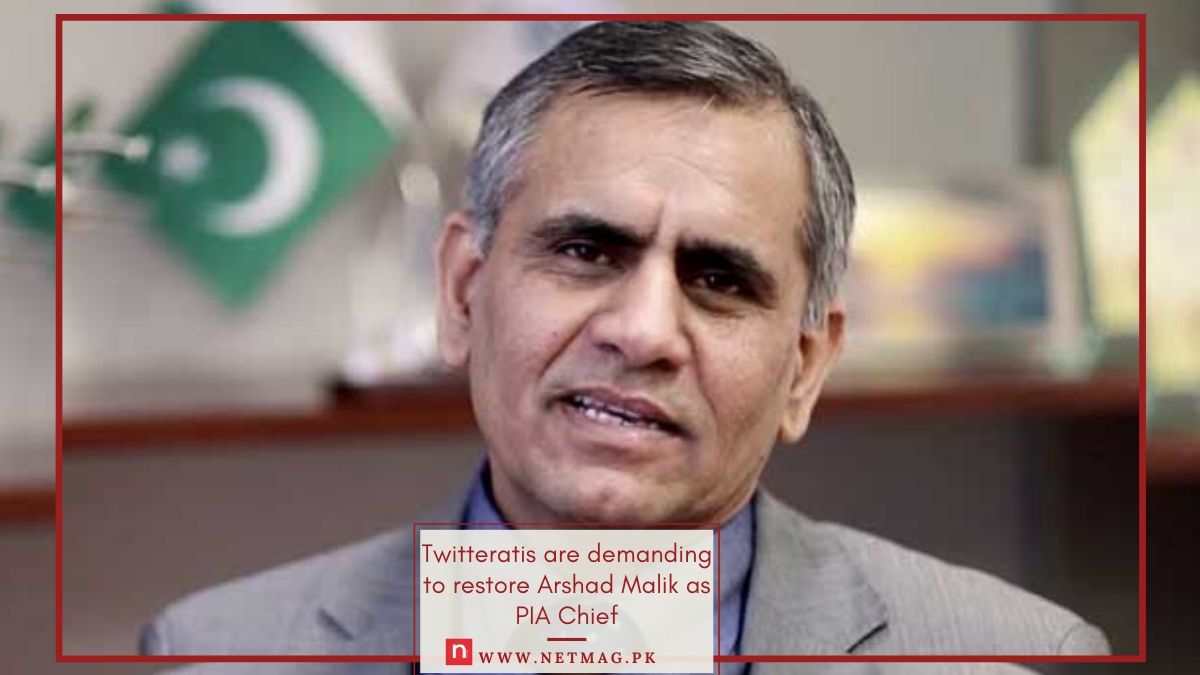 Twitteratis are demanding to restore Arshad Malik as PIA Chief

Pakistan International Airlines (PIA), CEO was stopped from performing his duties by the Sindh High Court (SHC) after more than one year in office. The court decision was sudden and shocked the government benches, who are now rushing to take legal measures against the decision. After the decision, people on social media came out in support of the CEO and demanded his reappointment as CEO of the airlines.

However, The decision surprised everyone, especially when the national flag carrier is showing some signs of improvement after falling into ruins for years. The petition, seeking the removal of the CEO (Arshad Malik) was filed by one of their own. The general secretary of one of the associations of PIA senior staff had filed the petition in the Sindh High court.

Twitteratis are coming out in support of the CEO and Chairman of the institution,
Air Marshal Arshad Malik.
_________

#PIAneedsArshadMalik is trending on Twitter, where people are demanding that Arshad Malik should be reinstated immediately. People are putting pictures of the services given by the PIA to demonstrate how much the services has been improved after the appointment of Arshad Malik.

Also, some are reminding his achievements during 1 odd year of Arshad Malik in office. Other people are trying to make sense of the decision.

Must Read : Phase-2 of Pakistan-China FTA kicks off

Earlier, the petitioner asked the court to declare the Arshad Malik’s appointment illegal, maintaining that he is not qualified and do not possess prior experience to lead the commercial institution.

The court also halted the appointments and decisions made by the CEO. Justice Mohammad Shafi Siddiqui, who is hearing the case issued notices to the concerned persons including Deputy Attorney General to present before the court on 22 January.

Chinese man beats up a Traffic warden over “no parking” ticket