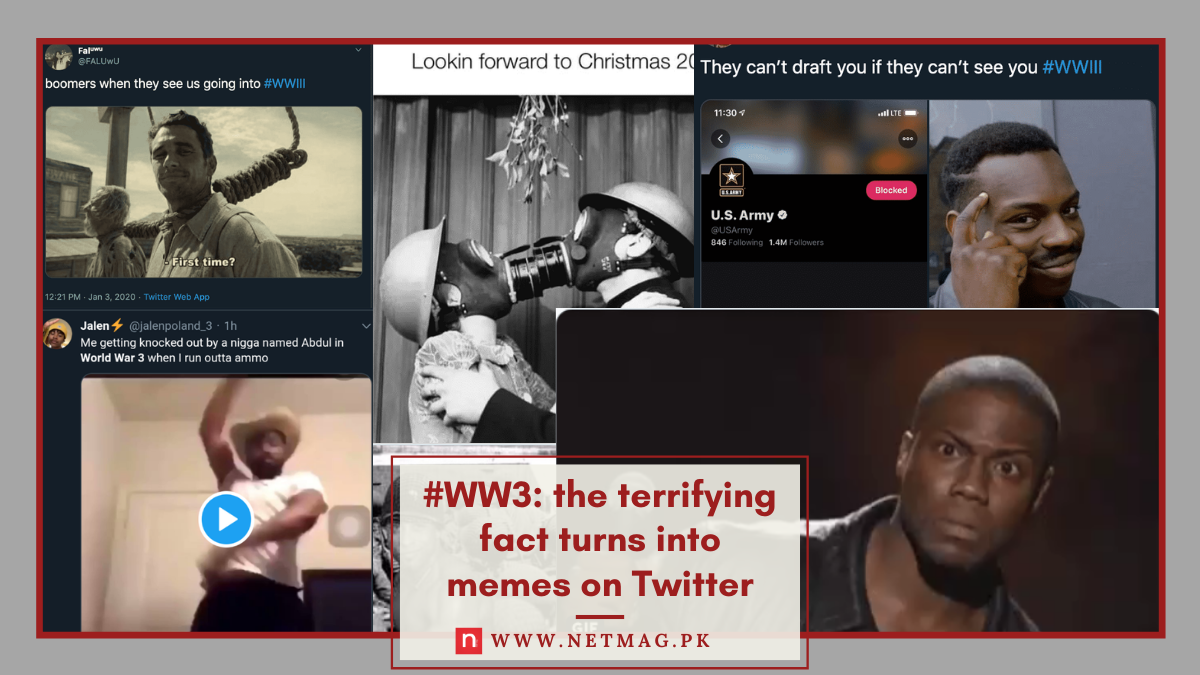 #WW3: the terrifying fact turns into memes on Twitter

The hashtag #worldwarthree, #WW3 are trending worldwide on twitter. A lot of people are coming out to condemn the reckless American act, which killed Gen. Qasem Soleimani, the commander of Iranian Quds force. The killing brought an unlikely situation in middle east, as people are predicting that there’s a third world war that is coming. Twitteratis are busy making memes on the terrifying fact that they may be drafted for the third world war soon.

The two nations, Iran and the United States, are on an unlikely standoff situation. Iran already threatened to avenge the killing. Following, in this environment speculations made their way through memes and feelings expressed by the people.

People are bringing up an old tweet of American President Donald Trump in which he said, “In order to get elected, Barack Obama will start a war with Iran,”

In another old tweet the President, while criticizing Obama said, “Don’t let Obama play the Iran card in order to start a war in order to get elected – be careful Republicans!,”

“I wonder if America is sick of winning yet,” said a twitter user.

People on twitter are making funny impressions and bringing up different reactions to the war scenarios that are going to hit if it starts.

On twitter, some even suggested to migrate in order to hide from army recruiters. Other people talked about how they are planning to move to Canada or Mexico to stay away from world war three.

There are other Twitteratis, who speculate that Trump is dodging his impeachment process by waging a new war over nothing. They reminded people that President Bill Clinton did the same.

However, now as it seems that history is repeating itself.

Samsung One UI update goes on to reveal new camera, as well as battery features