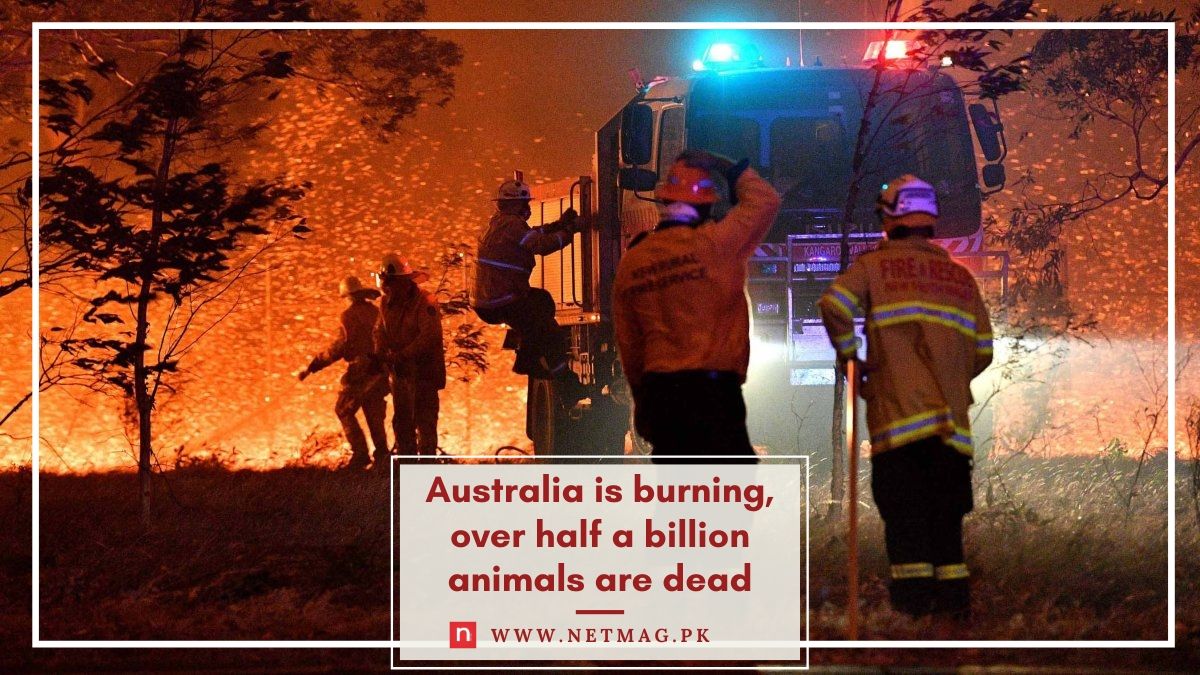 World
Home - World - Australia is burning, over half a billion animals are dead

Australia is burning, and since then over 20 people have lost their lives and about half a billion animals died in bushfire spread across Australia. Also, about six million hectares (14.8 million acres) of bush, forest and national parks have been blown away by the relentless fire. The fire started in September due to the extreme heat wave and drought that prolonged for the season. The temperature rises to a record high with strong winds that triggered bushfires across Australia.

However, over 480 million animals of multiple species have died. One third of the population of Koala has been wiped. The extreme fire, and the flames, which rose to a whopping 70 meter height, severely affected New South Wales. More than four million hectares have been under fire. The skies turned red, the scorching heat due to fire and winds affected towns and people fled to the safer areas. The temperature has been increased to 40 C.

Officials in New South Wales warned that temperatures would further rise by Thursday. The air quality in Canberra, the Australian capital, has been rated the worst in the world. The whole capital is under dense smoke.

Fire is causing its own weather

The smoke originating from the fire is causing ‘cumulonimbus flammagenitus’ or Cumulonimbus clouds, which form because of heat and fire, when fire forms its own environment led to the cloud forming from smoke, which leads to a thunderstorm, lightening and rain. The lightning increases the risk of igniting further fire, when it struck nearby trees.

The Australian bush fire is the worst in history, after the 2009 ‘Black Saturday’ which took the lives of 180 people and burned around the state of Victoria.

Is the climate change the cause?

Experts say that lightning triggers the bushfires, also Australia sees regular fire seasons after intervals, as natural phenomenon are responsible for triggering. So, the climate change effect cannot be held solely responsible for the devastation. But ground realities contradict the fact, as in light of the recent events, the dry seasons are extended – droughts that hit the parts of Australia – and the rising temperatures clearly indicate that climate change has a significant effect on the catastrophe. The average temperature of Australia has risen by one degree since 1920.

Hundreds of thousands of volunteers are working day and night tirelessly to restrict the fire from reaching residential towns. The local authorities and military has been engaged to evacuate people before the fire could reach them. Firefighters are on the front lines to buy the people living nearby extra time to reach the safe locations. Meanwhile, Australian rescue agencies sought help from US and Canada.

People have been criticizing the Morrison government for his policies regarding the climate change, also his push towards exploiting Australian coal reserves to generate energy, as he is in favor of continued development of carbon-intensive coal resources.

Moreover, Scott Morrison, the Australian Prime Minister has been on vacation to Hawaii with his family as his country had been burning. He later canceled his trip and returned back to the country and visited local towns, but people behaved angrily when he showed up. The twitter trend #dismisstheprimeminister has become the top trend in Australia where thousands of people are criticizing the Prime Minister.

Nankana Sahib incident: culprit arrested, what could be the effects