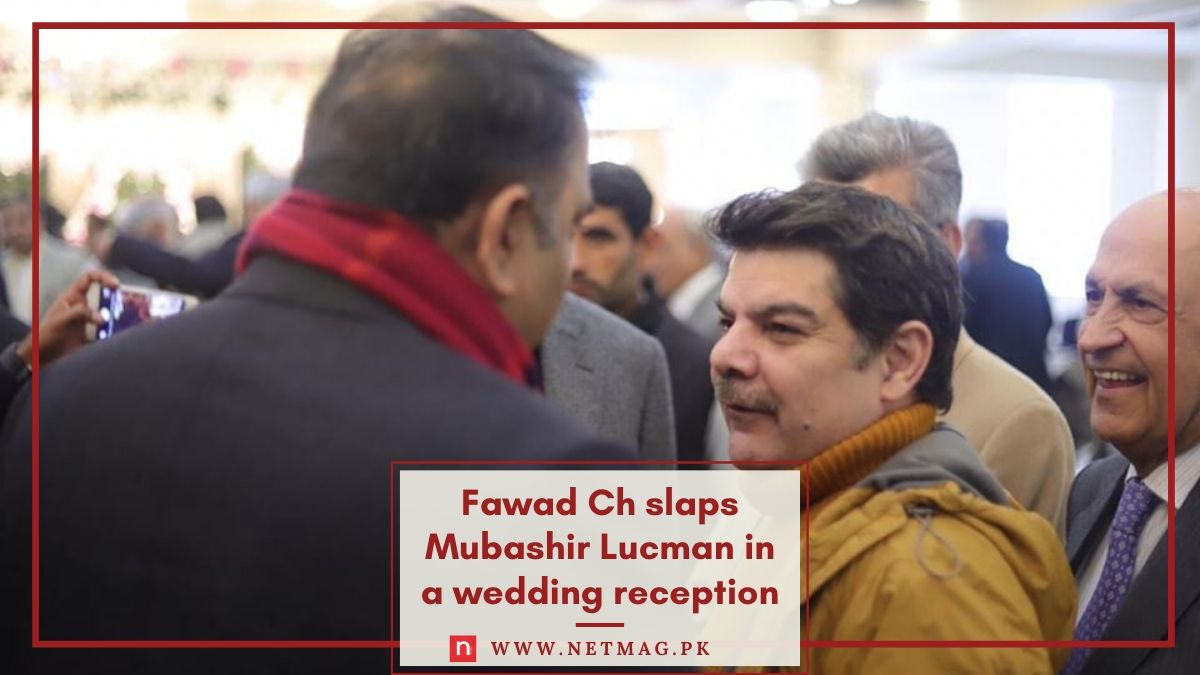 The Minister was invited on the occasion of the wedding of Mohsin Laghari’s son, where the spat escalated and quickly turned physical. The whole incident took place over the videos involving Hareem Shah, where anchorperson called another anchor who accused Fawad Chaudhary of involvement in the matter.

Must Read : Hareem Shah comes up to unfold the mystery behind the viral videos

The people on the scene, who intervened quickly, later handled the situation and were able to cool the whole situation down. Both, Fawad Chaudhary and Mubashir Lucman left the wedding immediately after the incident.

Later, the Minister took to Twitter to confirm the news by a media outlet. He tweeted about the Mubashir Lucman and questioned his credentials.

“People like Mubashir Lucman have nothing to do with journalism… they are [sexual slur] who have barged into journalism. It is everyone’s duty to expose [such people],” tweeted Fawad Chaudhary.

The whole saga was started over Hareem Shah, the Tik Tok girl who earlier made videos on the private jet of Mubashir Lucman. The anchor person accused Fayyaz ul Hassan Chohan and later levelled allegations against Fawad Chaudhary linking his involvement with Hareem Shah.

Rising Stars For Pakistan Cricket In 2019