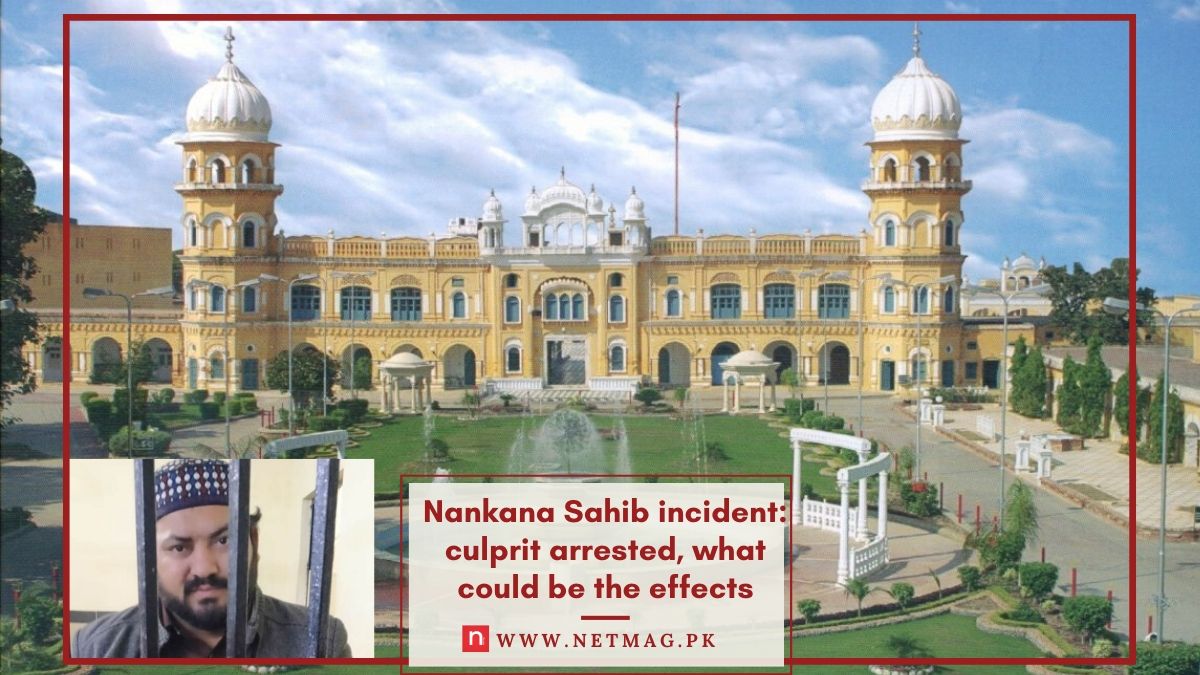 Nankana Sahib incident: culprit arrested, what could be the effects

Police raided Ehsan’s brother, which turned heated. Imran, the Ehsan’s brother later gathered a mob to protest outside the shrine. The mob turned angry and chanted anti Sikh slogans and threatened to wipe the Sikh community from the town, further vowed ‘not to spare a single Sikh’ and ‘rename Nankana Sahib as Ghulam-e-Mustafa’.

The timing of the incident was intense, as the government was busy focusing on Indian atrocities against Muslims in India. The incident handed Indian media a live weapon to fire it against Pakistan. The controversy sparked all over social media.

Shireen Mazari, the Human Rights Minister was on a twitter spree against Indian, while PM Khan also regularly tweets against India.

The foreign office took a defensive position following the incident and released a press release stating that the “attempts to paint this incident as a communal issue are patently motivated,”.

“The major difference between the condemnable Nankana incident and the ongoing attacks across India on Muslims and other minorities is this: the former is against my vision and will find zero tolerance and protection from the government, including police and judiciary,” PM said in his tweet adding that, “In contrast, Modi’s RSS vision supports minorities oppression and the targeted attacks against Muslims are part of this agenda. RSS goons conducting public lynchings, Muslims being violated by mobs are all not only supported by Modi Govt but Indian police leads anti-Muslim attacks,”

Later, on the instructions of the PM Ijaz Shah, the Interior Minister reached Nakana Sahib to hold a press conference and accused “anti-state elements” responsible behind the attack.

Meanwhile, when Pakistan has got India on something tangible, these kind of incidents would contribute to weaken the war of narratives. Moreover, it is pertinent to know that the prime culprit of the incident has been arrested, but the government earlier turned deaf ears to the calls of action against the perpetrators of religiously motivated hate incidents. All government machineries including Interior and Foreign Ministries refused to acknowledge the incident at first. Later, when the videos of mob attack had gone viral on social media PM himself took action. This, however, would harm the Pakistan’s bid against Indian state violence against Kashmiris and Muslims across India, especially when Indian government is searching incidents like these to breathe some air.