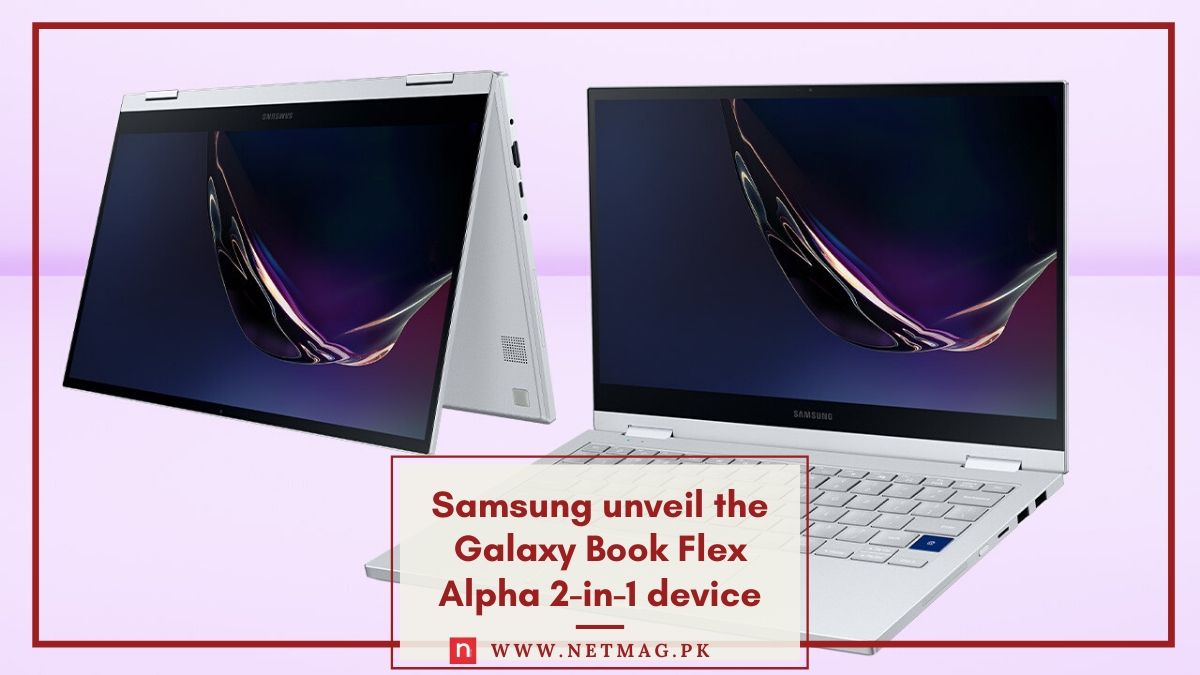 So only a few days before the first major technology event of the year, the CES 2020, Samsung has just announced a refresh for their Galaxy Book Flex series with the latest Galaxy Book Flex α (α for Alpha). This device is a 2 in 1 device and it comes with a smaller price tag and decent specifications which include an immersive QLED display, the device can store up to 1TB of NVMe SSD storage, and Intel’s 10th Generation Core processors.

Moving on the Galaxy Book Flex Alpha has a 13.3-inch touchscreen display which can bend all the way back in order to provide the users a tablet-like experience. The device has a QLED display panel which can support and provide users with an FHD+ screen resolution and a maximum brightness of 600 nits. It also has thin bezels which gives the overall device a really nice aspect ratio.

On top of things the screen also has Active Pen stylus support to aid with multitasking and getting your tasks done more efficiently. So the new device from the Koran giants, a laptop and tablet hybrid device is powered by Intel’s 10th generation of Core CPUs, but there is still no clarity as to whether the device will use i3 or i5 processors. The processor comes alongside Intel’s UHD graphics, 8 to 12GB RAM, and up to 1TB of NVMe SSD storage.

The device will be fitted with a 54Wh battery which according to the folks at Samsung can last up to 17.5 hours. The device also carries support for fast charging through a USB Type C port. There are two additional USB Type-A (3.0) ports, an HDMI port, a 3.5mm combo audio jack, and a microSD card slot. It also has a fingerprint scanner and support for WiFi 6. The Samsung Galaxy Book Flex α comes with a starting price of $830 and the Active Pen stylus will be sold separately. Samsung didn’t mention a release date.

Samsung releasing its next flagship directly with S20 and not S11