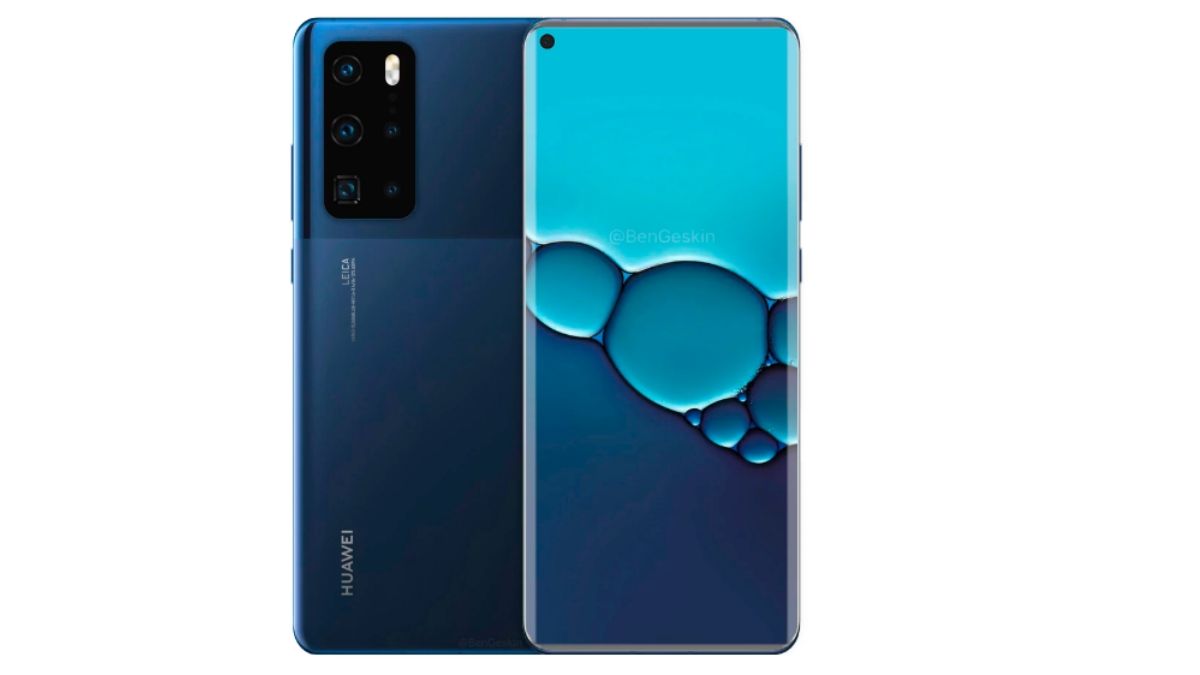 Along with its younger brother, the Huawei P40 Pro is expected to go official two months from now, in March. Of course, as the date draws nearer and nearer, we expect more and more leaks to make their way online. The design has also featured in several renders. A few renders as well as TPU casing have also made their way online.

The latest render that made its way online has shown both the front as well as the rear design. The display of the phone houses a single punch-hole design that is nested at the top left corner. The leaked renders accompanying the TPU cases are said to have been  listed by a retailer on Alibaba also go on to showcase the front design of Huawei’s next flagship device. Of course, the presence of the punch-hole makes way for being the most prominent difference. Earlier renders also suggested that the P40 Pro will actually arrive with a dual selfie camera setup, while also highlighting a curved-edge design for the phone.

The rear design has already been subject to confirmation as to including a rectangular camera module – a trend that seems to be following up with quite a few manufacturers now. Also, the design previously spotted includes a wide rectangular cut out to project the rear camera.

All in all, the Huawei P40 Pro is reported to feature with a quad-camera setup – which would represent one more sensor when compared with the previous P30. The edges ever so present in the casing around the camera protrudes – which is because of the fact that the camera housing will have a protrusion from the rest of the glass body.

‘LUMS’ changes its name to LUMSU , Twitter is not convinced