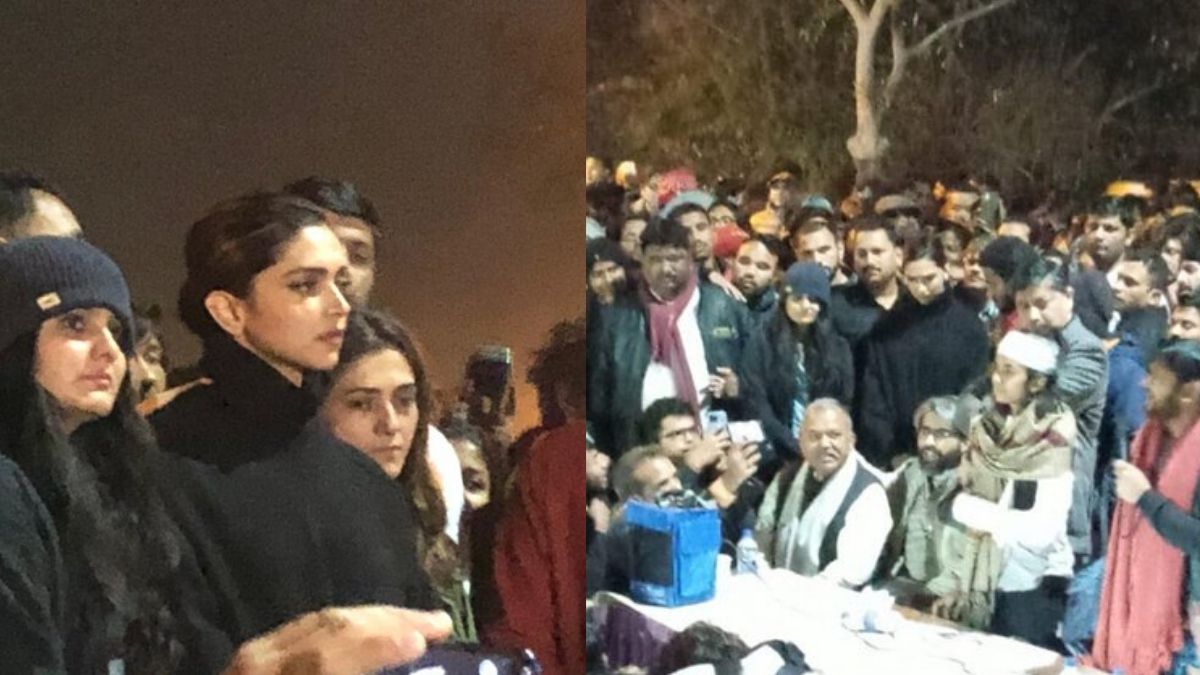 Amid controversial CAA bill by the government, the students were protesting, when masked individuals vandalized the campus and beat students along with teachers with sticks, sledgehammers and stones. Aishe Ghosh, the president of JNU student union left with a broken arm and other serious injuries after the attack, but she was present during star’s visit.

The Bollywood actor, who visited JNU on Tuesday, came to express solidarity with the JNU students and reportedly hugged the JNU student union president Aishe Ghosh. Her visit quickly became the highlight of the whole Indian media, as this was the first gesture by any top Bollywood actor after the Indian protests that spread across the country after CAA passing.

Must Read : Iran launched ballistic missiles on US bases in Iraq, 80 feared dead

The visit is important, because all of the Bollywood actors, which include some of the biggest names, Shah Rukh Khan, Salman Khan, Amir Khan etc. choose to stay silent on the matter.

Deepika, the 34 year old, is being praised for her act and raising her voice against violence, also she came under heavy fire by the BJP supported groups and extremists. Already, there are calls to boycott the actress for her move.

Earlier, on January 5, the student arm of RSS, which is affiliated with the BJP, attacked JNU students injuring several with sticks and stones.

Soon after the visit, twitteratis explode to voice the whole event, #ISupportDeepika and #BoycottChhapaak became top trends on twitter. The praise came after the visit of the actor. Some other Bollywood actors also opposing the CAA bill and condemning the violence by the BJP government.

However, other Bollywood personalities, which include Swara Bhasker and filmmakers Hansal Mehta and renewed director Anurag Kashyap have been voicing and valiantly opposing the Citizenship Amendment Act, which was enacted by the BJP government targeting Muslims of India.

After the visit, the Singham star, Ajay Devgan also opened up against state backed violence on JNU students and termed the incident “wrong”.

In an interview to a media outlet on January 8, the actor said, “whoever is doing it, is wrong. Violence is not a solution to anything, it’s just harming our country. What is the agenda behind it, if you know, then please tell me because whatever there is in the news is not clear,”

The Bollywood actors were under immense criticism by the Indian people, as top actors are silently witnessing the violence around them and not using their mouths to take a side of any kind. Especially, as their voice could influence millions.