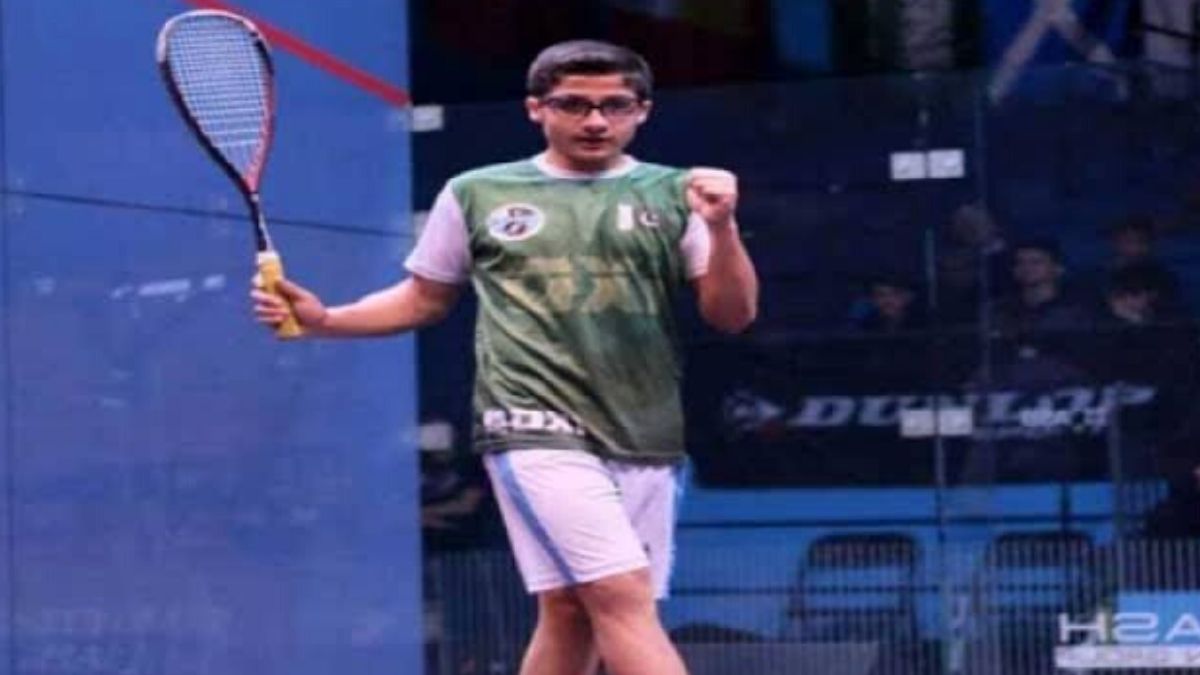 The 14 year old Hamza, won the title’s final game by 11-4, 11-3, 11-7. It took him only 16 minutes to finish the game. Mohammad Ammad, who was another Pakistani, who reached under 15 semi-final along with Noor Zaman who also played the under 17 semi-final. Teen squash player Hamza Khan now eyeing the under 17 title and hoping to win the title as well.

“I am very happy that I have become the British champion of the Under-15 category. I played many tough matches but I won them all, I will compete in and try to win the Under-17 championship as well” Hamza said after his triumph.

Pakistan won the title after a gap of 8 years. Pakistan took part in the championship with only nine players as compare to Egypt who participated with 100 players. Out of nine, two players played the semi-final and one of them went on to won the title.

The young talent from Pakistan, apart from limited resources and coaching are coming up on top and raising national flag. Hamza made whole Pakistan proud with his triumph.