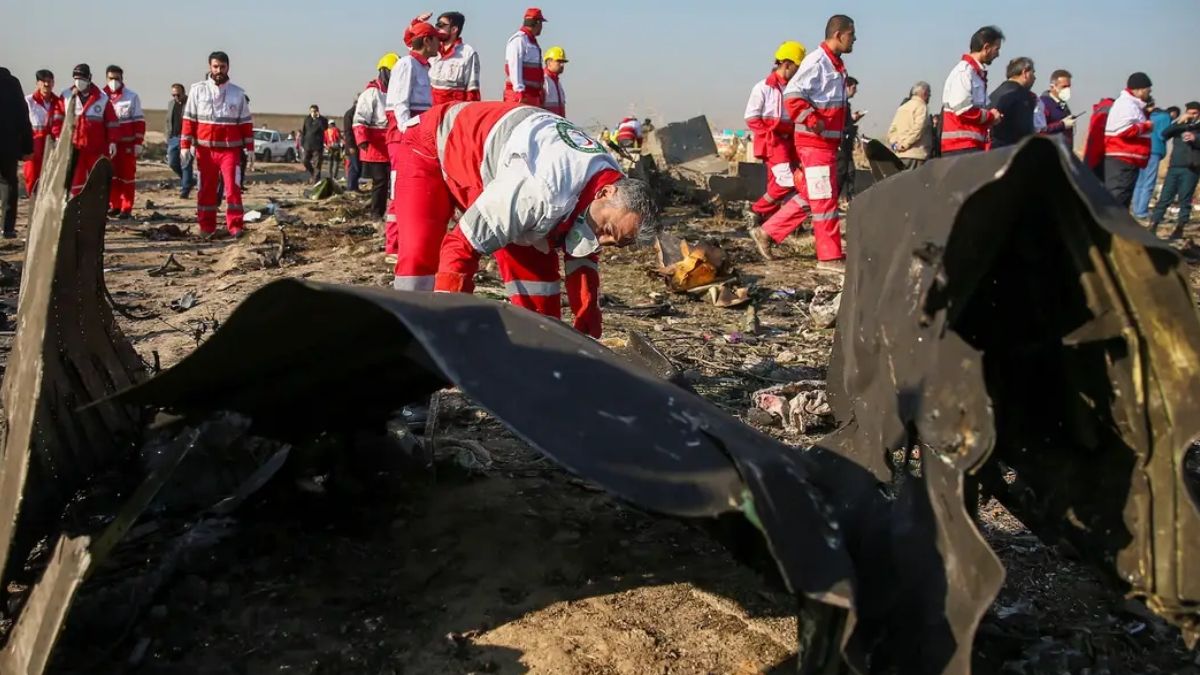 The celebration of a new life together turned to loss when newlyweds died in Tehran plane crash as they traveled home to Canada.

Arash Pourzarabi and Pouneh Gorji tied the knot on January 1 in Tehran in front of their family and friends.

A week later, they were two of the souls lost their lives when a plane crashed in Iran Wednesday, killing all 176 people on board, including 63 Canadians. The Kiev-bound Ukraine International Airlines flight crashed in Tehran minutes after takeoff.

An early report from Iran’s semi-official news agency ISNA blamed some kind of engine failure. Even the  Ukrainian officials believed that it was too early to determine the cause, and Ukraine’s embassy in Iran retracted a statement that also attributed the crash to an engine malfunction.

UK Foreign Secretary Dominic Raab had called for a “full and transparent” investigation into the fatal crash of a Ukraine International Airlines flight in Tehran on Wednesday, citing intelligence reports which claimed the plane was shot down by Iranian surface to air missiles.

“We urgently need a full and transparent investigation to establish what caused the crash,” Raab said in a statement Friday, citing a “body of information” which suggests that the plane was “shot down by an Iranian Surface to Air Missile.”

“Our thoughts are with the families of the victims, including the four British nationals who lost their lives,” the foreign secretary added.

In response to the “heightened tensions” in the region, the UK Foreign Office has advised British nationals against all travel to Iran, and has also recommended against taking flights from and within Iran.

The timing of the crash had fueled speculation about its cause, coming just hours after Iran fired missiles at two Iraqi bases housing US troops in retaliation for the killing of its top general, also in Iraq. The exchange of attacks between Tehran and Washington on Iraqi soil was a dramatic escalation of tensions between the adversaries, and has raised fears of another proxy war in the Middle East.

The head of Iran’s Civil Aviation Authority  questioned the US allegation.

Speaking to CNN, Ali Abedzadeh said, “if a rocket or missile hits a plane, it will free fall.”

Abedzadeh asked, “How can a plane be hit by rocket or missile” and then the pilot “try to turn back to the airport?”

He also told CNN the plane’s black boxes are damaged and Iran may need help decoding them.

“Generally speaking, Iran has the potential and know-how to decode the black box. Everybody knows that,” Abedzadeh said.

Ukrainian President Volodymir Zelensky said in a statement,”Given the recent statements by the leaders of the states in the media, we call on all international partners, especially the governments of the United States, Canada and the United Kingdom, to submit data and evidence relating to the disaster at the disposal of the commission of inquiry,”

“Our goal is to establish the undeniable truth,” Zelensky said. “We consider it the responsibility of the entire international community to address the families of the victims and the memory of the victims of the disaster.”

“The value of human life is higher than any political motives, ” Zelensky added.

The International pressure has been built to such a point that Iran has reversed its claims, from blaming this tragedy on a malfunction Iran now states

Iran’s military announced early Saturday that it had accidentally shot down a Ukrainian passenger jet, blaming human error because of what it called the plane’s sharp, unexpected turn toward a sensitive military base.

American and allied intelligence assessments had already concluded that Iranian missiles brought down the plane.

“The little credibility that the Islamic Republic had among its supporters suffered a major blow tonight,” said Rouzbeh MirEmbrahim, an independent Iran analyst in New York and a consultant with the United Nations. “This tragedy undermines the image Iran has cultivated as a military power and weakened it significantly both regionally and internationally.”

Prince Harry and Meghan removed from the royal family display