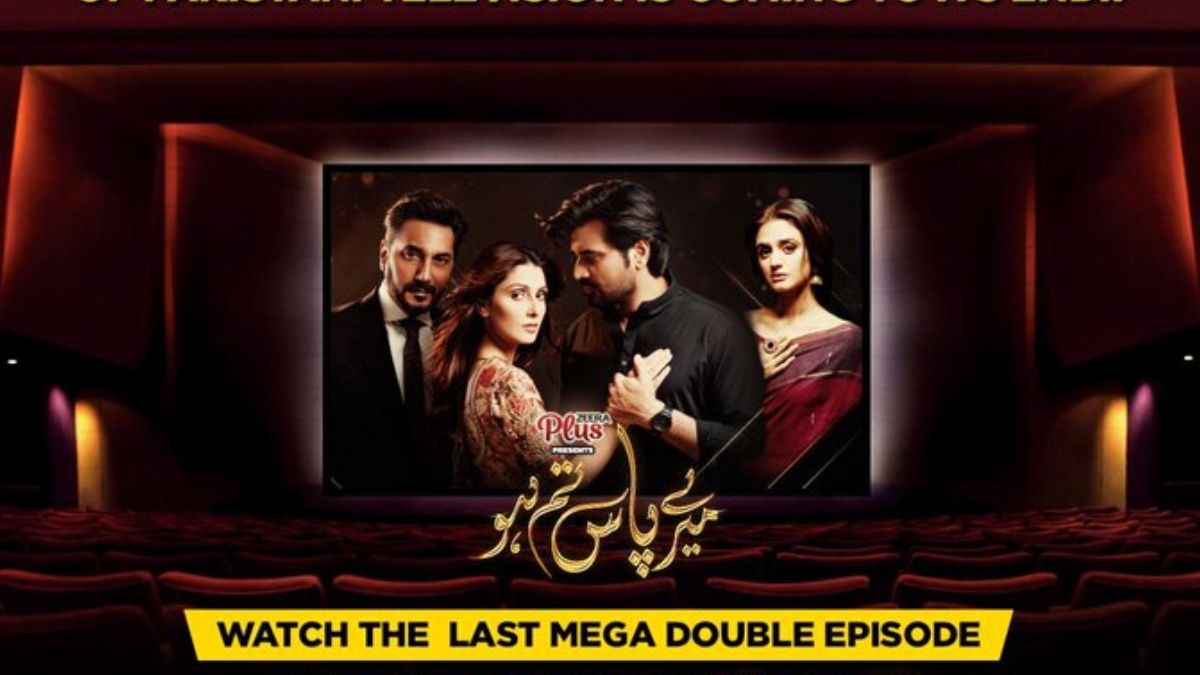 ‘Mere Pass Tum Ho’ will not air this week, fans have to wait longer

The channel tweeted, in which they announced to release drama serial “simultaneously on ARY Digital and in Cinemas Across Pakistan on Saturday, 25th Jan”. Moreover the last episode will be a “mega double episode,”

In the wake of the popularity of the drama, the news may not go well with the fans who are eagerly waiting for the tv serial’s last episode, which made the writer Khalilur Rehman Qamar emotional – brought him into ‘tears’ – while he was writing the last scene.

Too add the excitement of the fans, the cast of the drama serial will attend the special screening at Neuplex Cinema in Karachi.

Perhaps, the drama ‘mere pass tum ho’ become the greatest hit of tv in Pakistan, but channel added some frustration in the end, as it seems, they want to cash the popularity to its fullest. The idea of screening is not new, however, the hype and keeping the fans waiting for an extra week would further cause jitters among fans.

Morrison’s ill-judged holiday has become a thing, a totem..

Faisal Vawda Placed a Boot on the Table, accused opposition for supporting the “Army Act” due to Pressure by the “Army”.