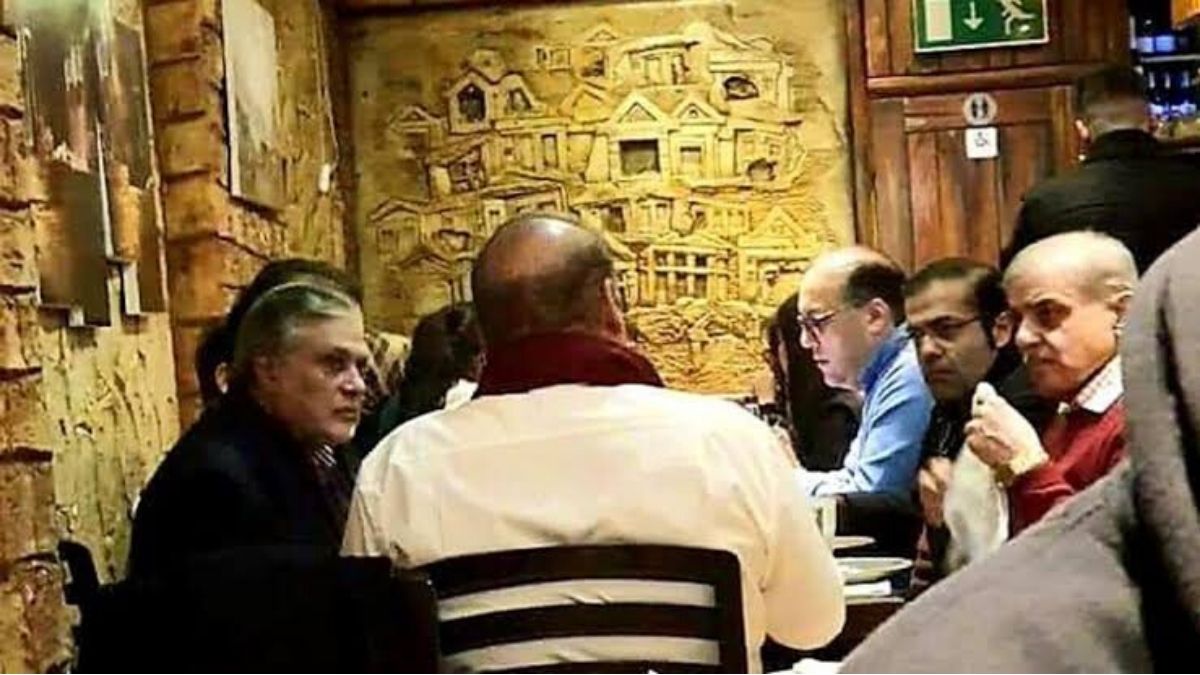 The Tea Is Very Good- Nawaz Sharif From London

Nawaz Sharif who was taken to London on the basis of medical grounds, has just been found having quite the nice team in a London Café and the government is less than pleased with the outed Prime Minister. Here are the best reactions to his sitting:

On the one hand, you say he is in a very critical condition […] then tell us is it a part of it that you are socialising? Is it a part of the treatment?

With regards to Maryam Nawaz seeking a grant for her request to go to London to take care of her father, the Health Minister jokes:

Where will she take care of him? At a restaurant? You take care of a person who is bedridden, which he is not, according to them, he was moving around. I am directed to intimate that the special medical board under the convenership of Dr Muhammad Ayaz […] examined the medical document and concluded that the medical reports are not conclusive to form any medical opinion.

A letter has been sent thereafter, to Nawaz Sharif stating

You are required to provide the latest medical report within 48 hours as it has been stated in recent media reports that you seem to be in good health and socialising.

As always Fawad Chaudhary didn’t hold back from tweeting:

In London’s intensive care unit, the treatment against plundering is underway and all patients present (there) are feeling better

Despite the siting, Hussain Nawaz was affirmative of his father’s poor health:

The report submitted in LHC says that doctors have advised him to walk twice a day. But despite this advice, Mian sahib could not walk as he experienced shortness of breath and palpitations. Yesterday (Sunday) around 4:30pm the family told him you must leave the house and after great persuasion he agreed. We took him out for a walk and for a breath of fresh air. It is unfortunate that it is being given a political twist. This is part of his treatment. This is why Pakistan’s courts have allowed him to travel abroad for treatment.