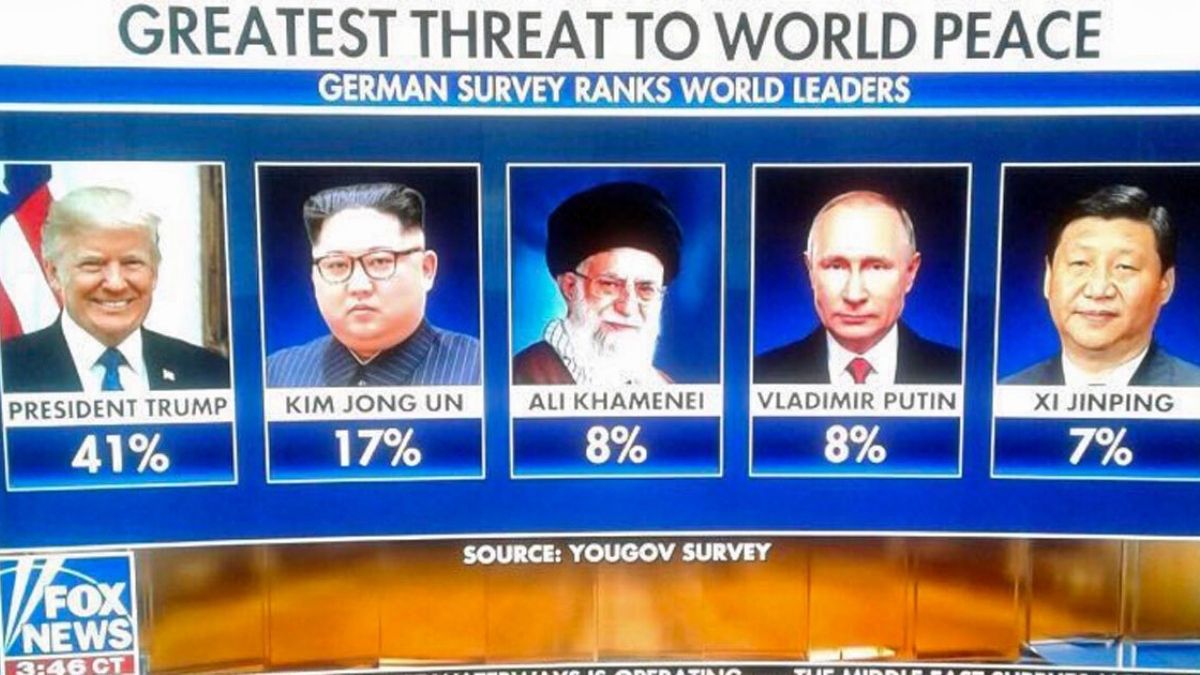 World
Home - World - Trump’s failed Leadership is a Threat to World Peace since 2016, will his reign lead to World War 3

Trump’s failed Leadership is a Threat to World Peace since 2016, will his reign lead to World War 3

Despite being disfavored in most forecasts, he was elected in a surprise victory over Democratic nominee Hillary Clinton, although he lost the popular vote. Trump has also made many false and misleading statements during his Presidency campaign. Not only this but trumps many comments and actions has been racially charged or racist.

In Donald’s presidency, he ordered a travel ban on muslim majority countries, which is later upheld by supreme court for third revision of the policy. He pursued “America First agenda” withdrawing U.S from Trans-Pacific  Partnership trade negotiation and “Paris Agreement” which was on climate change and Iran nuclear deal. He also declared approval and recognition of Jerusalem as the capital of Israel. Not only this but Trump imposed import tariffs to trigger a war with market number 1 Importer , China.

Some 41 percent of Germans think that Trump’s leadership is a massive threat to world peace, followed by Kim Jong at 17 , Khamenei and Putin at 8 and JinPing at 8 percent.

Though this survey was conducted in December of 2019 but it is turning out to be true and the 41 percent percentage must have been increased not just in Germany but all over the world. The assassination of the top iranian military commander Qassem Soleimani is like fuel on the fire, Trump proved all the stats correct.He actually turned out to be a humongous threat to world peace.  it is also reported that Qassem killing was authorised by Trump 7 months ago. Why assassination of the iranian leader was in Trump’s menu list is not a question, the question is what will happen next? Is this leading to Third World War or Trump is just a massive threat for the other Muslim Countries.