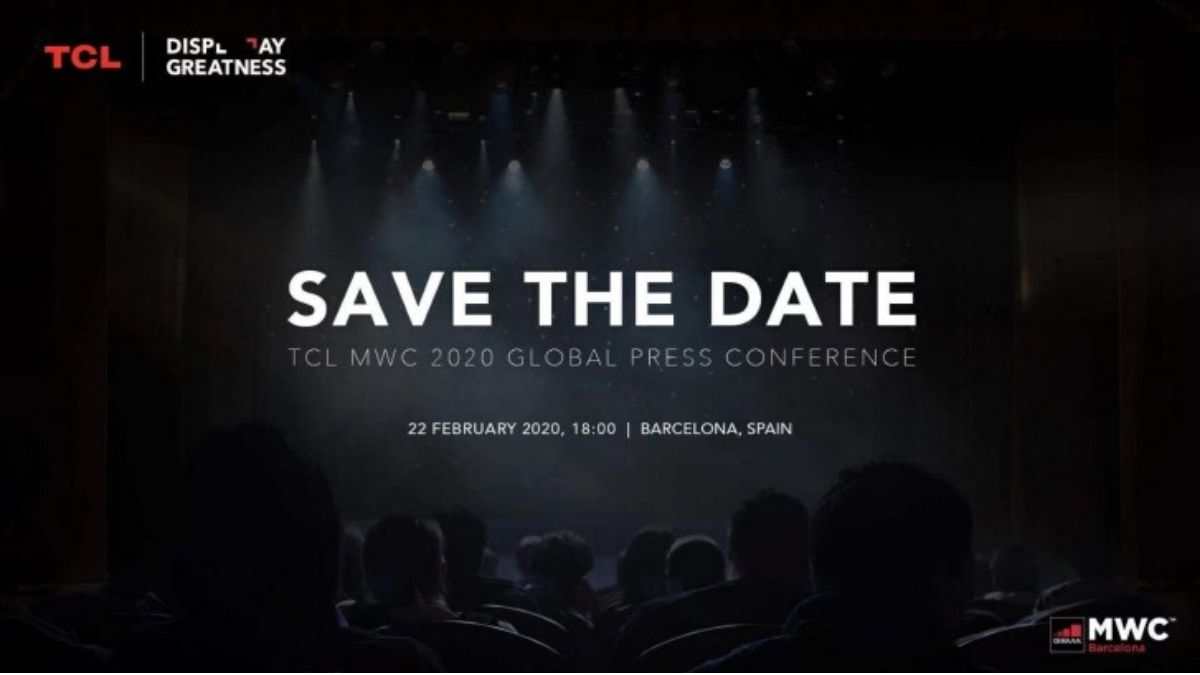 At the recently-concluded CES 2020, TCL, one of the leading Chinese manufacturers in the TV market of the technology industry and a company who are also well known to provide the licensee for Alcatel and Blackberry showed the world a couple of their upcoming phones, a line up of phones which will also include a foldable device. The device revealed more details will be disclosed at Mobile World Congress in February and now it has officially confirmed that the company will have a launch event with an official poster.

Moving on the poster itself, according to the poster it is found that there is going to be a TCL MWC 2020 Global Press Conference which will be held on Saturday, February 22nd, 2020. As you would have noticed that this date is only just a few days before the ultimate  MWC officially commences but we have seen companies opt for this particular strategy before. The event will begin at 18:00 hrs and should be live-streamed.

Must Read : Samsung S20 will have more RAM than most PC’s currently present in the market

Moving on, TCL will officially take the wraps off the TCL 10 Pro, the TCL 10 5G, and the TCL 10L at the event. The TCL 10 Pro will come with an immersive AMOLED display which will have a U-shaped notch. It’s interesting to note that the device will have four rear cameras which will include a 64MP sensor and also have an audio jack. The TCL 10 5G and TCL 10L both have a punch-hole display, quad rear cameras, and a rear-mounted fingerprint scanner, so in terms of design and hardware the company are definitely looking to take on competition.

In other news, the Chinese manufacturers TCL are also expected to bring their new lineup of  Alcatel phones to MWC 2020. The Alcatel 3L, 1S, and 1V have all gotten 2020 editions which will have multiple rear cameras, dedicated Google Assistant buttons, and run Android 10 out of the box. There is also the Android Go Alcatel 1B which has a single rear camera but also has a Google Assistant button and runs Android 10 (Go Edition) out of the box.

Here are some of the incidents involving planes downed by missiles