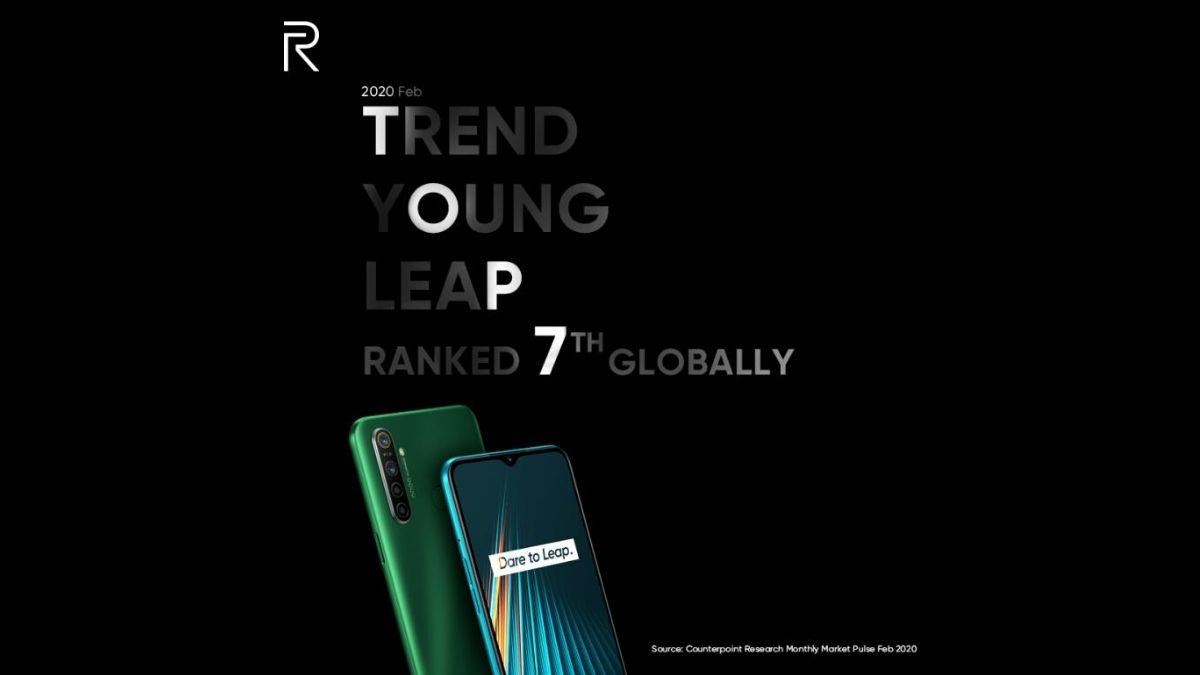 Realme, the world’s fastest-growing smartphone brand, has been growing steadily and maintains the Top 7 global ranking

According to the analysis of Counterpoint Research Monthly Market Pulse Feb 2020, realme, the world’s fastest-growing, youth’s favourite smartphone brand, continuously ranks Top 7 with a market share of 2.7%, maintaining its previous global rankings and proving to be one of the mainstream smartphone brands.

By the end of 2019, Realme had operated in 27 countries around the world, including China, India, Indonesia, Vietnam, Thailand, Malaysia, Europe, Russia, Australia, Egypt, and others with up to 25 million global users.

Pakistani youth’s favored smartphone brand realme has quickly snatched market share from existing players and is fast becoming one of the most sought after brands. Since its entry into the Pakistani market from past one year, realme, has already launched 11 products across different price segments from premium flagships to trendy mid-rangers, all designed particularly for the youth. They are also gearing up for the launch of their latest additions in the classic realme series in the coming month. realme is proving it has planned an even steeper growth trajectory than its parent company through a targeted focus on the youth.

TECNO Camon 15 made history with a New Guinness World Record